Terry Barber is an international speaker, author of best-selling “How to Share Your Faith With Anyone” (Ignatius Press October 2013). He was instrumental in founding three Catholic organizations: Saint Joseph
Communications, The Catholic Resource Center, and Lighthouse Catholic Media. Terry works as co-host for The Terry and Jesse Radio Show, formerly coast to coast on Relevant Radio (Immaculate Heart Radio), as well as Reasons for Faith Live with Jesse Romero, which aired on EWTN Radio Network. He currently broadcasts the Terry and Jesse Show live daily on Virgin Most Powerful internet radio. The program streams via podcast on the Terry and
Jesse Show Apps for Apple and Android devices, as well as YouTube, and www.catholicrc.org and www.TerryandJesse.com websites. 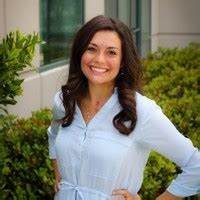 Timmerie Millington works as a radio host and Catholic speaker educating in areas of theology and is an expert at responding to current trends of sexuality, feminism, and gender ideology.  She co-hosts Trending with Chris and Timmerie.  Prior to this, Timmerie worked for five years as the Director of Education & Outreach at Life Choices pregnancy counseling center in San Diego.  She holds a Masters Degree in Exegetical Biblical Theology and Bachelor’s Degree in Communications Media with an emphasis in the New Evangelization from John Paul the Great Catholic University.  Her diverse professional background includes public relations consulting for nonprofits at the national level.

Joe Vallone is founder of Tax Group of San Diego serving small businesses since 2009. He built his business with a vision to help entrepreneurs navigate the complexities that come along with starting, running and succeeding in today’s environment. Joe holds his Bachelor degree in Organizational Management from Mercy College in Dobbs Ferry, NY and is an Enrolled Agent under the rules and regulations of the Internal Revenue Service.

Dr. Philip Chavez holds a doctorate from the University of the Holy Cross in
Rome. He is the founder and president of www.TheMensAcademy.org which
advances teachings on authentic Christian Manliness for the benefit of both
men and women. Dr. Chavez combines over 25 years of ministry and study
behind his work in men’s spirituality. His book “Men’s Spirituality: Starter
Manual” gives the basics of manliness so men can reach success in life, work,
faith, and relationships. Among other things, Dr. Chavez enjoys photography,
camping, kickboxing, and classical music.

Captain Jerome Lademan was born in Bethesda, MD; and under inspiration of a military family, pursued a career in the Marines. He was commissioned as a Second Lieutenant in the Marine Corps in August 2009 after graduating from Thomas Aquinas College in Santa Paula, CA. While serving in various assignments stateside, his overseas deployments include Afghanistan, Iraq, and Australia. Captain Lademan graduated from Maneuver Captains Career Course on the Commandant’s List in 2016. After he reported to 3rd Battalion, 4th Marines in Twentynine Palms, CA.

Daryl Sequeira is a 29 year veteran teacher and administrator in Catholic education who lives in Southern California.  He holds a Bachelor’s in Philosophy from St. John’s Seminary College and a Master’s degree in History from California State University, Fullerton.  He has also been a regular guest speaker on Orange County Catholic Radio speaking on faith, education, history and formation of young people as leaders in today’s society. Currently, he is the Theology Department Chair at Servite High School in Anaheim helping to form young men as faith filled leaders.  His wife, Joan, and he have eight children and reside in Murrieta, California and is an active member of St. Mother Theresa Parish in Winchester where he is involved in music ministry and a regular presenter for the parish’s Sancta Familia program of adult formation.

Mark Houck is the founder and president of The King’s Men, a non-profit organization dedicated to educating and forming men into authentic leaders, protectors and providers. He lectures internationally and is a popular speaker at many Catholic men’s conferences in the United States. Mark is a published author and is considered one of the leading experts in the fight against pornography and the healing of those who are its victims. Mark is a graduate of Catholic University and holds a Masters degree in Education from Holy Family University.